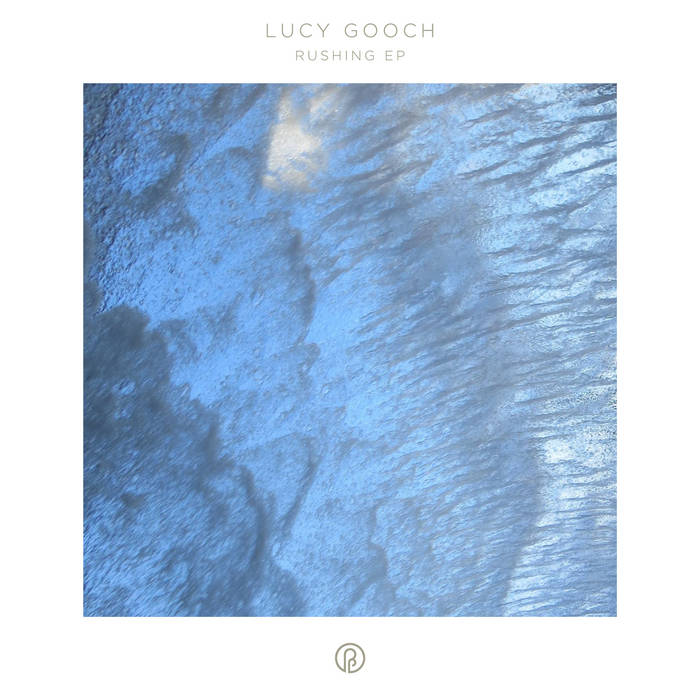 Avedon Arcade What better way to contemplate the day then to listen to this track, while having a cup of coffee and making plans for the future.

Steven Moses Absolutely mesmerizing vocal music. Her voice carries tinges of Julia Holter or Kelly Lee Owens, but the meditative nature of the subtle instrumental backdrop places this in the ambient genre.

James A. McDermid Music that simply would not exist had Lucy not made it. Breathtaking and devastatingly emotional passages borne out of reflection and introspection.
more...

Rushing is intimate collection of songs built around Lucy’s emotive and soothing vocals. Her voice acts as a grounding force in the face of longing, loss, and uncertainty. The accompanying layered synth lines unobtrusively support both Lucy and the listener as they search for a space in which they can heal and grow.


+++
"Bristol-based musician Lucy Gooch’s Rushing, a collection of five synth-focused ambient pieces, is her first for Past Inside the Present. The record’s electric sound is best reflected in “Sun,” where a steady and confident synth melody underlines the album’s themes of healing. There are lighter moments, too: “There is a Space In Between” builds an instrumental crescendo from largely unchanging notes that are added to a growing chorus as the track goes on. And while the instrumental tracks are strong enough to stand on their own, the true focus of Rushing is Gooch’s reverb-laden vocals, which take center stage across nearly every track. They first appear on opener “My Lights Kiss Your Thoughts Every Moment,” cutting through a haze of abstract vocalizations, and resting atop a warm piano backdrop. Gooch’s voice is rich and angelic, matching the timbre of the lush surrounding instrumentation. On the title track, Gooch provides a hook that could have been ripped from an ‘00s indie pop song, before giving way to an analog synth progression that’s peppered with chant-like vocals."


+++
On her beguiling debut release, the UK musician joins the atmosphere of ambient music with the structure of choral composition and the seeming effortlessness of pop.

Newcomer Lucy Gooch belongs to a select list of musicians (Juliana Barwick, Grouper, Mary Lattimore) putting reverb to more artful ends—not simply painting on a veneer of readymade emotion, but using the technique to suggest a dimension beyond our ken. Rushing is the Bristol, UK musician’s debut release, and its five tracks are evidence of an unusually developed aesthetic vision, one that joins the atmospheric quality of ambient music with the structure of choral composition and the seeming effortlessness of pop.

Gooch’s music sounds simple on the surface but teems with complexity underneath. “My Lights Kiss Your Thoughts Every Moment,” which opens the record, begins with airy sounds: the glimmer of what might be church bells, the echo of her voice wafting up to the arches of the nave. Below, a seismic synthesized bass tone rumbles the earth beneath our feet. In between those two poles shimmers a world of echo, masking the sources of her sounds. Turn it up loud enough and mercurial details flash out, like what might be the scrape of electric-guitar strings—part of the arrangement or just a trick of the mixdown? Who’s to say?

The song’s lyrics are drawn from the poems of Rabindranath Tagore: “I have kissed this world/With my eyes and limbs/My life when young was like a flower/That loosens a petal or two/They flock around him like bees.” Gooch’s soft, clear voice is trailed by ghosts of itself; the music is rich with color and alive with movement, as layers of wordless singing swarm around her in slow motion. The feeling of weightless rapture recalls A Feather on the Breath of God, a classic recording of choral work by the 12th century Christian mystic Hildegard of Bingen.

“Sun,” darker and heavier, is reminiscent of gloomy This Mortal Coil songs like “Waves Become Wings.” Once again, a sustained clanging sound hints at church bells in the distance; Gooch sings ominously of a disappearing sun, of arid fields, her voice turned thick and close, as though bouncing off the walls of a dry well: “All the water’s gone to drain.” She returns to the idea of water on “Stalagmites & Helictites,” whose title invokes surreal, biomorphic-looking cave formations formed by dripping water. Sonically, it’s the record’s simplest cut, just a series of stair-stepping vocal harmonies that fade into lengthy shadows, but it may also indicate a well-developed sense of self-awareness, if not outright irony: a song about caverns that sounds like it was actually recorded in one.

The song that might be the record’s best actually downplays Gooch’s favored effect. In “Rushing,” her close-harmonized vocal loops spin in place while she solos on top of them; buzzing organ tones lend a liturgical atmosphere, but this time her voice is dry and untreated, almost as if she were in the same room as you. The lyrics are psalms taken from the Old Testament and rearranged into song form: “In his hands are the depth of the earth/And unfailing love/Do you know how the clouds hang poised?/The skies proclaim the work of his hands.” The subject matter hints at vastness, but Gooch’s songwriting is marked by its ease and intimacy; the arrangement is fleet of foot in a way that feels closer to pop music than ambient bombast. There’s always the risk of overreaching when trying to capture this kind of boundless yearning. But with “Rushing,” Gooch breaks off a small piece of the sublime and cups it in her hands.

Past Inside the Present Indianapolis, Indiana

Past Inside the Present (PITP) is an American ambient label with a focus on offering up some of the very best ambient, ethereal, soundscape, and minimal music by prominent ambient artists from across the globe.

Past Inside the Present recommends:

Bandcamp Daily  your guide to the world of Bandcamp